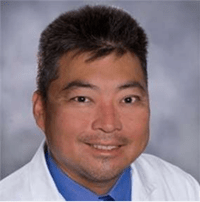 Michael Franklin, 45, of Palm Beach Gardens, had been struggling with his weight for more than half of his life. In his 20s, he stayed fit by surfing, but at 25 a shoulder injury put an end to riding the waves. That’s when Franklin began adding on an average of 10 pounds each year.

As a commercial fisherman, Franklin is accustomed to working long hours under sometimes physically grueling conditions whether on land or at sea. But chronic back pain had become a constant drain on him physically and mentally. While at work he was also on his feet, so his ankles and knees were under a tremendous amount of pressure from the excess weight.

Franklin tried dieting, lost the requisite weight over the years, but ultimately, he gained back what he’d lost. At one point, he was tired of being unable to easily maneuver on and off his boat and simply live his life to the fullest.

At his heaviest, Franklin weighed 420 pounds and decided it was time to make a real and lasting change, so he began researching options for bariatric surgery. A friend who underwent a successful bariatric procedure a few years earlier introduced Franklin to Michael P. Choi, D.O., a bariatric surgeon at Broward Health North.

“As a surgeon, I am grateful that Broward Health has invested in the da Vinci system, which provides me with one of the most advanced tools to help deliver the highest quality medical care and optimal results to my patients,” Dr. Choi said. “I feel robotic surgery can be much more precise than laparoscopic surgery, especially when trying to navigate around large internal organs as the consul provides 3D visualization.”

Franklin shared that during surgery a sizeable portion of his stomach was extracted and then stapled, but he only had three or four small incisions in the lower and top portion of his belly.

“I couldn’t believe how smoothly the surgery went and how quickly I recovered,” Franklin said. “I was up and walking around the day of my surgery, and I barely have a scar.”

Since his surgery in April, he’s lost more than 100 pounds. Franklin is now content eating smaller portions. His appetite has substantially decreased, and he says he’s able to burn the calories he consumes. An overeater no more, he’s learned new eating habits and no longer drinks alcohol or carbonated drinks. He is well on his way to losing even more weight and reaching a healthy body mass index (BMI), which is a measure of body fat on height and weight.

“Broward Health and Dr. Choi really gave me my life back,” Franklin said. “Without the surgery, I likely would have died. My only regret is not doing it sooner.”