Broward Health is participating in a clinical trial, in partnership with Insightec, to evaluate the safety and efficacy of the Exablate Model 4000 Type 2.0/2.1 System as a tool to disrupt the blood-brain barrier (BBB) in patients with probable Alzheimer’s disease. This innovative clinical trial uses a non-invasive MR-guided focused ultrasound (MRgFUS) technology to target specific areas in the brain. Focused ultrasound has been shown to be capable of disrupting the blood-brain barrier through a non-invasive technique allowing for a temporary opening where the amyloid plaque burden may be reduced.

The Blood-Brain Barrier clinical trial is open, and we currently are enrolling patients diagnosed with Alzheimer’s who meet the inclusion/exclusion criteria.

Alzheimer’s disease affects an estimated 5.8 million people in the United States1 caused by a buildup of proteins in the brain. Most of the current research for Alzheimer’s disease revolves around two proteins, Beta-amyloid, or plaques and Tau proteins, or tangles, affecting: 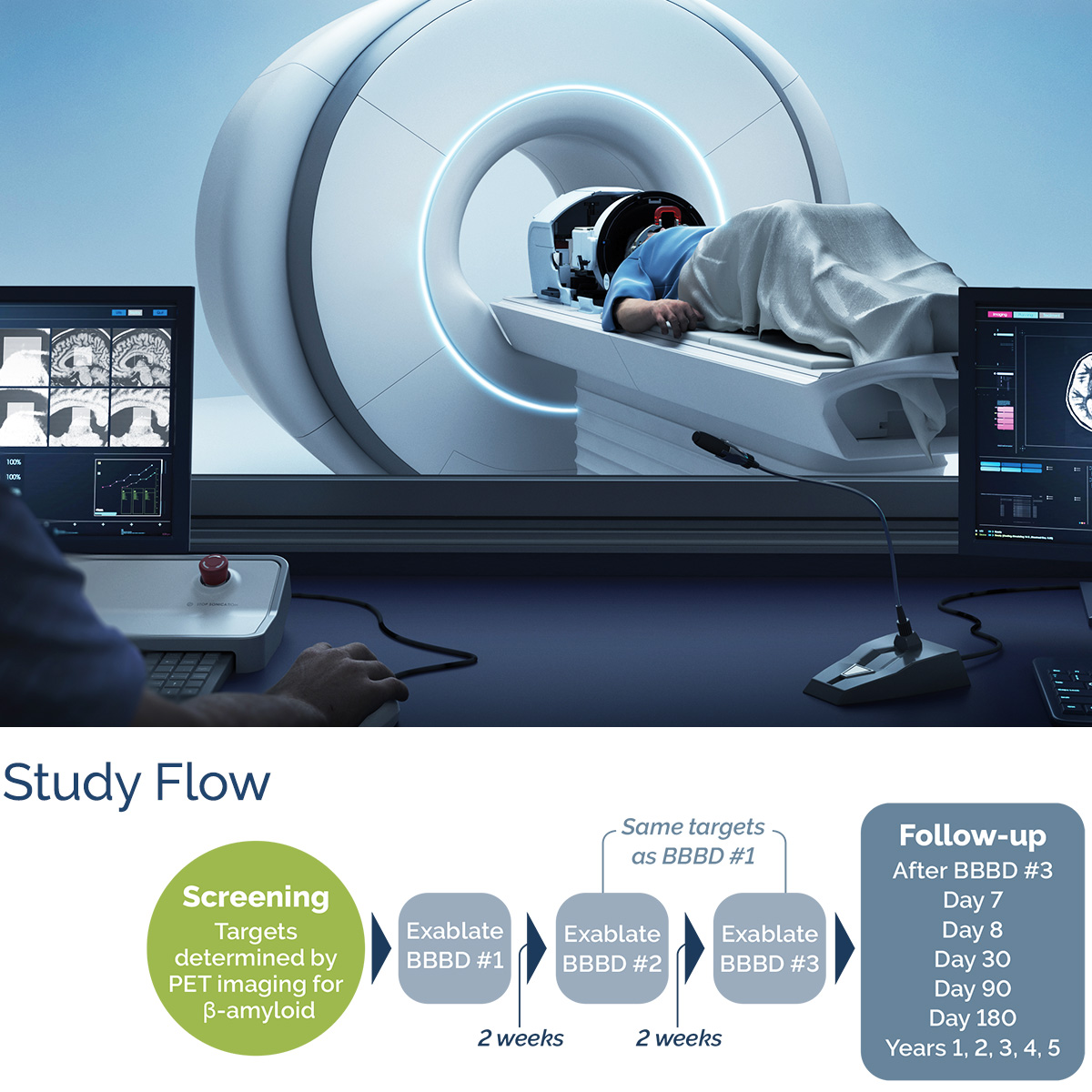 Broward Health is one of only a few hospitals in the United States authorized to conduct this Phase of the Alzheimer’s clinical trial to evaluate the safety and efficacy of the Exablate Model 4000 Type 2.0/2.1 System from Insightec as a tool to disrupt the blood-brain barrier (BBB) in patients with probable Alzheimer’s disease.

Broward Health is currently enrolling eligible patients in the clinical trial. Qualifications for patients include:

Additional inclusion and exclusions for qualifications may apply.

For questions about Broward Health’s new clinical study for the treatment of Alzheimer’s Disease, please contact our contact study coordinators at 954.786.6736.