"Any other place would have amputated my legs," said Labrador. "I am thankful to have mine."

Labrador underwent several procedures and three weeks of rest at the hospital. Due to the extent of his injuries, Labrador was referred to the Wound Care Center at Broward Health Imperial Point. Julio Montejo, D.O., family medicine and wound care expert, prescribed hyperbaric oxygen therapy, which improves circulation and prevents wound complications, to help accelerate his healing.

With his wounds healing, Labrador was faced with another challenge - he had to relearn to walk. A truck driver by trade and father of two, he was anxious to get back to work to support his family.

Doctors predicted it would take him one year to fully recover, but Labrador had no time to lose. His wife, Irian, was carrying the full weight of the household and the idleness was affecting his mood.

The rehabilitation team at Broward Health Imperial Point started working with Labrador in May 23, 2018. They transitioned Labrador from his wheel chair, to a walker, to a single crutch as he gained new strength daily.

Six months later, Labrador is beating the odds. He continues to work with rehabilitation to mitigate his pain and is now walking unassisted. He hopes to soon return to work.

"Broward Health has cared for me in a way I was not expecting," Labrador said. "The doctors always took the time to explain everything in great detail and the rehabilitation team is helping my legs get stronger. I feel great." 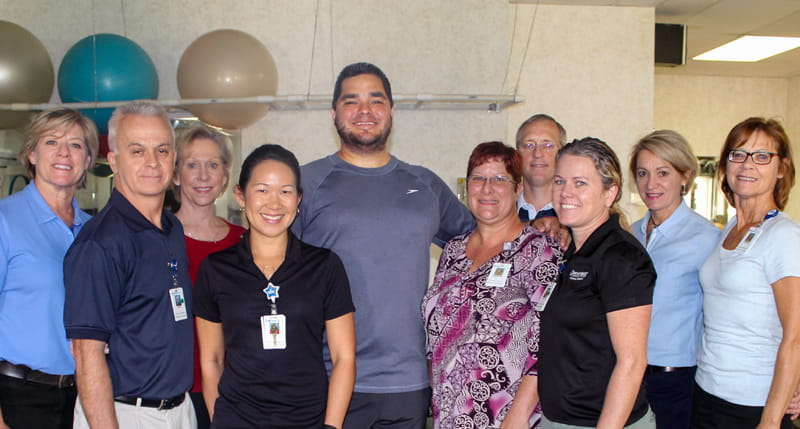